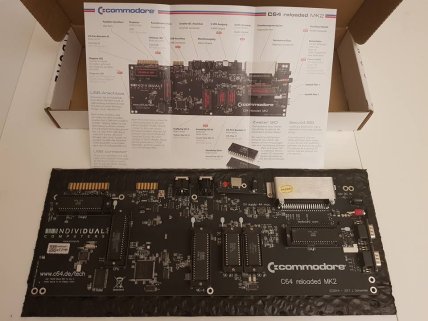 The Commodore 64 is back on the breach. There is a lot of talk about it and the numerous editorial initiatives have brought it back to the discussions in the bar and the lounges of fans.

Individual computers ridden the wave producing a modern version of Commodore motherboard called the C64 Reloaded MK2. However, the modern is limited to some chips (reproduced) and the motherboard because to give life spark, it takes several custom CSG (Commodore Semiconductor Group) and a 12V power supply. Specifically, for integrated circuits, a video chip, CPU, CIA, CIA, SID (or two) must be installed. Let us go into more detail. The packaging arrives at home very well cared for. Opening it is possible to find the card (in an antistatic case that guarantees an adequate protection for thickness) and the (stringed, but exhaustive) instructions.

The card accepts the various revisions for each single chip, as it automatically detects and adjusts the usage voltages. Custom chips can be easily positioned on ZIF sockets. This allows quick replacement in case of faults of the single integrated unit. Individual computers promises that the card can be easily placed in any old C64 case, and that's true.

I have tried to insert it into the body of a C64c and the matches are perfect. Hey! But the keyboard? And the LED that documents the status of the ignition is true.... you also need to get an old C64 keyboard and (in order to be perfectionists) a led.

The "modern" connector reproduces exactly the old one. In my view, the provision is the only one. Where it is positioned there, long wiring between the keyboard and motherboard is required. Testing with the keyboard of a C64c the connection wire was short; not so for the keyboard of a dear old "biscuit" (C64 first model). It should also be pointed out that it is possible to purchase online a reproduction of the body of the C64c.

So you can also have a brand new case. The costs? We get to the painful notes. It is not really cheap; although I would like to break a spear in favour of the producer. It is a niche product, in fact a limited series. The relatively small production and demand necessarily raises the price. Moreover, seeing the card, one imagines the economic effort invested in the realization.

To the public the cost of the card alone is 184.95 euros (excluding shipping costs). Then it is necessary to add the cost of custom chips (in the time inevitably destined to rise as they are no longer in production and the residual amount will quickly start to scarce) and the cost of power supply, LED, keyboard. On average, a 6510 (or similar) can be found at 20 euro, 6567 (or similar) around 30 euro, 6526 around 20 euro, a CIS (6581 or similar) around 25 euro.

The keyboard ranges between 30 and 50 euros. Easy to make a final account. The overall assessment? Good. The sealing card has not malfunctioned for several hours. Ultimately, if you have so much passion, nostalgia, if you want to make a mistake with a "real" C64 in 2017 without fearing the (probably) sudden smoke after a few hours of use, some money to spend, it's the right product. 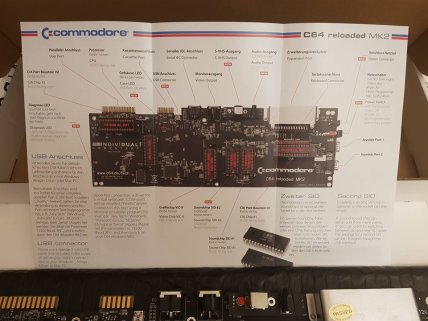 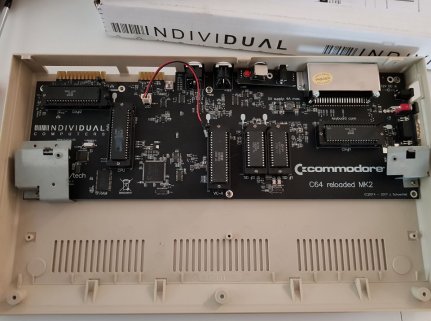