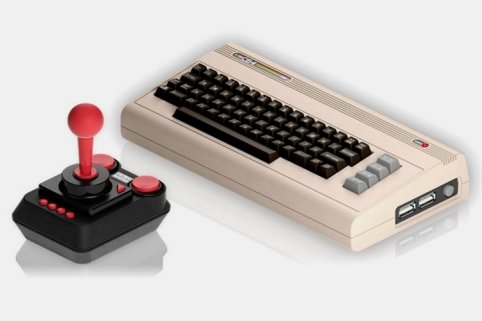 The mania of the mini is spreading. After Nintendo's refurbishment of the NES in a restricted version and SNES in an equally mini version, it looks like Commodore 64's time.

Unfortunately, though, while the mini versions of Nintendo consoles retain the Japanese brand.... who will carry on the "new" Commodore 64 mini version instead of the deceased Commodore? The answer is Retro Games Limited.

This company will most likely launch the product with USB ports, HDMI video output and 64 games loaded into ROM in 2018.

What to say? Honestly I would have preferred a Commodore 64 with classic keyboard and classic click at the press of the keys, with a ROM of emulation of the old hardware and software and a potential use in everyday life as a modern computer for play and work. In short, a line of continuity with the past conceived in a modern way. So it will be a nice nostalgia operation but nothing more. We will see.