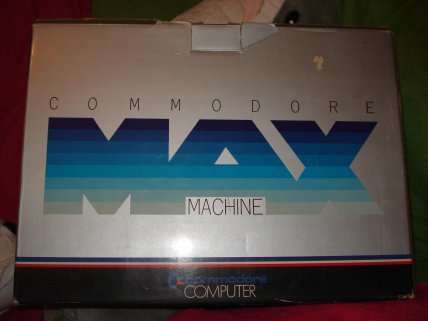 The Commodore MAX (of which we see the original Japanese packaging and an image) represents an attempt to sell a computer similar to the Commodore 64 but at a lower price (200 U. S. dollars against 595 of the Commodore 64).

Designed to be distributed worldwide, it was then effectively relegated to the Japanese market alone. With little success; in fact, production was abandoned after a few months.

Why was it a failure?

It was a C64 with very little RAM memory (about 4Kb) and the only possibility of using game cartridges as standard. The Basic was not resident in ROM but was delivered separately on cartridge. The only possible expansion was an interface that allowed the use of a cassette recorder. There was no possibility of using floppy disk drives (at that time there was the Commodore 1541 device with 5 and a quarter inch semi-rigid floppy disks) or printers.