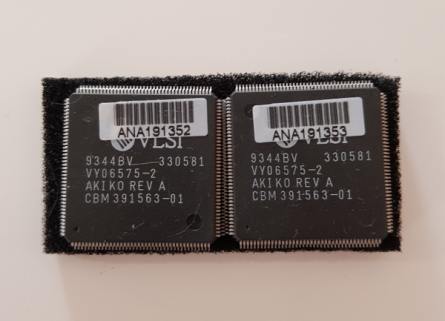 We can certainly call it the last Commodore project. The company declared bankrupt on April 26,1994 and this device was presented as a prototype to the public in the same month of the same year.

The idea was to provide a CD-ROM drive to Amiga 1200 to ensure full compatibility with the Amiga CD32 console (last real attempt the latter's production to save Amiga and the entire company Commodore).

In order to ensure maximum compatibility, the expansion board included an Akiko chip (which in the Cd32 converts the graphics from chunky to planar), an expansion slot that could contain RAM on a SIMM and a predisposition to accommodate an additional high-performance CPU (ideally a Motorola 68030).

The photos you can see are courtesy of the Retro Computer Museum, which houses one of the demo units that were set up.